A new album is rolling out the time of writing this article from an independent musician, David K. Newton called Albion - Signal from the Sky! What is so special about it? Well, for me, many things, but most particularly that this album was also my first real commission materializing in a cover art! 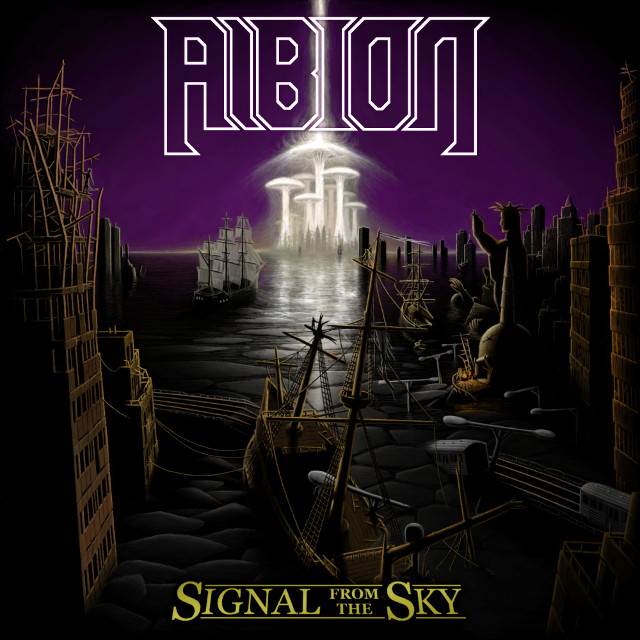 Signal from the Sky cover art - by me!

So that's the cover art! It was a very interesting work to do for him! It was not just something ordinary, here I tried to realize someone's dreams after some initial sketch, a lot of discussion, and of course a lot of listening to the music! It was a very rewarding thing to hear him telling I go the right direction with the work, guess that was really a case of some serious cross-inspiration here!

If I got here, then what's up for the music? First of all, just scroll down, and click the Bandcamp site to listen it now! David explores a genre he classifies as "power metal trapped in an Amiga", which stands very well for the pieces. They have a good chiptune-ish vibe with the sharp, strongly instrumental melodies characterizing the metal genre, with a very original base theme rolling underneath. Listening him you would tell immediately that "this is his work"!

Signal from the Sky pushes it further developing a rather rich variation unheard from him before. While several tunes feel exploring the core theme of a voyage with his usual fast paced beat, he occasionally detours in both style and mood for some interesting changes: the most particular areas are probably where the music slows down for a silent and delicate melody sort of lifting you off dreaming in preparation for a flight!

So to close this article, I can just say, go, and listen it - and now I am not promoting my own work :) - well, if you like the nifty art (Which is my work :) ) presented above, you may of course also get it with his album!