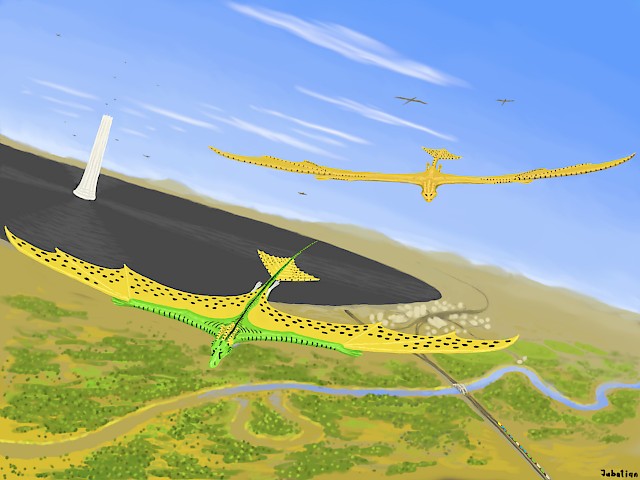 This is a modern world setting, where dragon and human came to a strange, precarious balance from a long history of chaotic relations ranging from worship to attempts of eradication. They stood against the passing of time and came to rule their nation spanning a continent with the help of humans accustomed to dragon influenced cultures.

I have a novel in the making taking place in this world, which I will link here once (if ever) completed.

The two species are the Golden Crested Wyvern and the Brass Wyvern, both of them occurring in various stories you can find around here.

Could suggest Two Step from Hell's Skyworld for the atmosphere ;)