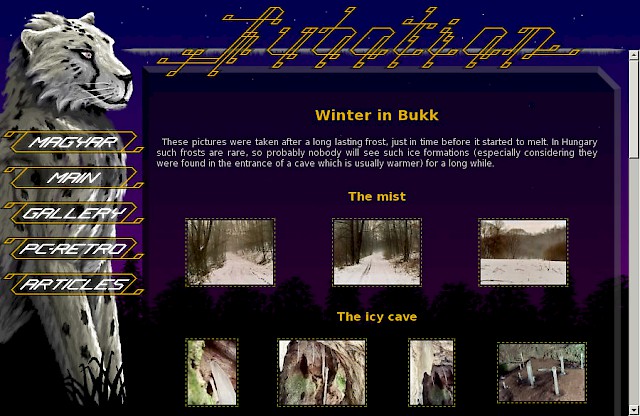 Site design for my stuff, used in the first half of 2009.

This was based on a rather simple technology but still was a fluid width design. I don't have it's code any more (Well, probably I do on some of my backups) so I can't tell for sure if it did the fluid width using JavaScript. It only served a static site, although it did so using Ajax heavily (It would put up a loading bar for the next page).

There were two mayor problems with this. For one, just look at that poor cheetah's head... That really did not turn out right. For an other, although here it is solved, there it was not: The menu texts were just static images making it impossible to programatically change them (The current design is capable to do that).