Well, I neglected the site a little, so I guess it's time to post something. A month ago we took the bikes, and went to Lake Balaton here in Hungary for a (this way) cheap holiday! Just four days, but that was enough to take the trip conveniently starting and finishing at Balatonfüzfö. Of course the photo machine came too, not many pictures though, but still, there are some. 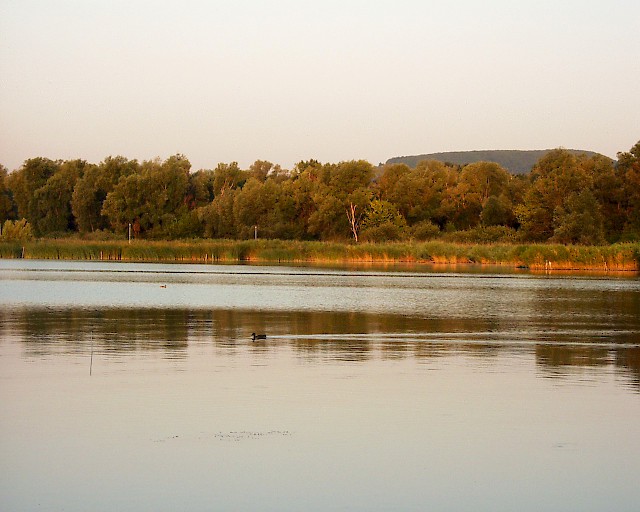 We started the circle counter-clockwise, so first we rode to the west along the northern shore. This is the more interesting part, but, too bad for the girls in the party, the more tiring as well. There are not too much going up and down though, just enough. Wake early, start up, and to the warm hours we reached Balatonudvari, where... oh well. 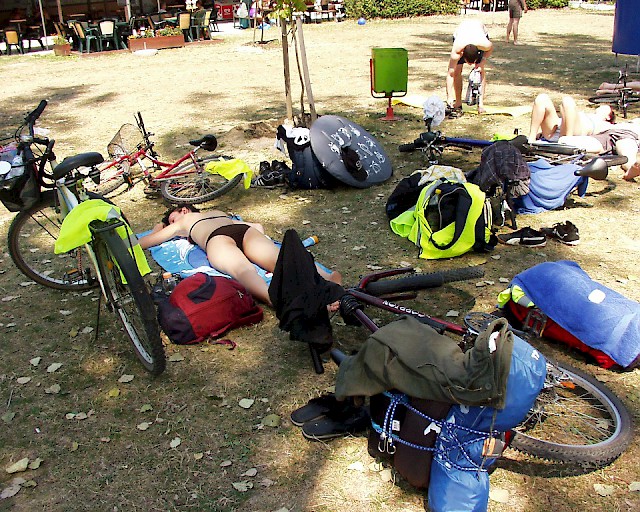 The daytime is hot, easy to get some tans or sunburns, who prefers which. The bikes were put to rest only continuing at the evening to Révfülöp where we hit the camp. 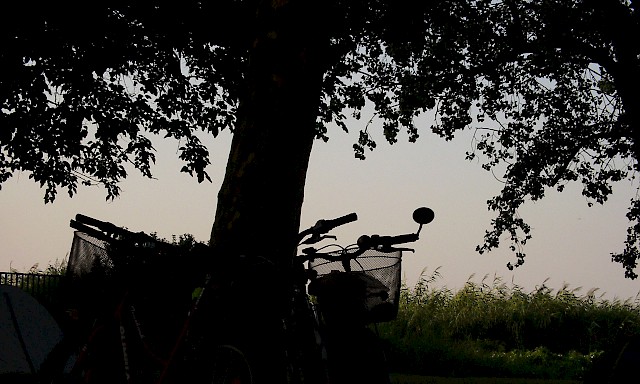 Next morning the decision was to stop at Szigliget which long ago we visited, just to see what happened there since. The situation with the road signs was just becoming worse and worse, it is said that the lake has a bike road fully around, maybe true, maybe not, anyway we lost wherever it went, so maybe better, we gone around Badacsony on the main road (this way we sure didn't need to go uphill or down anywhere). Szigliget after all was a good size detour, I just did not remember it fell so much off the roads as it is enclosed between two natural reserve areas. Worse, despite this, it's beach wasn't any better than anywhere else (this was actually the only place where we had to pay for our swimming as the village has no open shore). To the end we only got to Keszthely. Good. Two days out of four, and we didn't even get around the lake.

Next morning for the delay we started real early. Thinking back to how awesome it was biking in the sunrise on the west shore down to Balatonberény, I feel sorry for missing out the moments for photographing. I could have done it as I definitely would take up easily after. 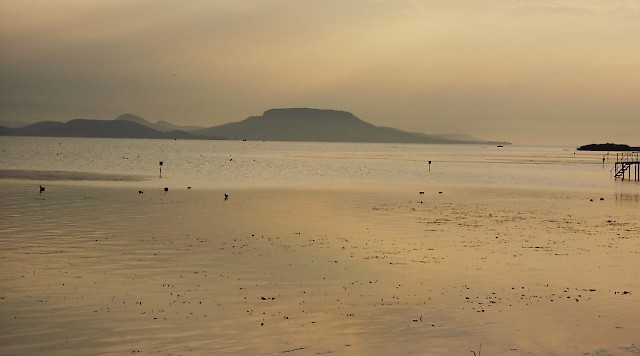 The iconic mountain of Badacsony in the sunrise

Balatonberény was a short stop for some rest and photos, we kept on until Fonyód where we finally got to call it a day, well at least for the morning. We were apparently still very early at nine o'clock or so, there was just no-one on the beach. 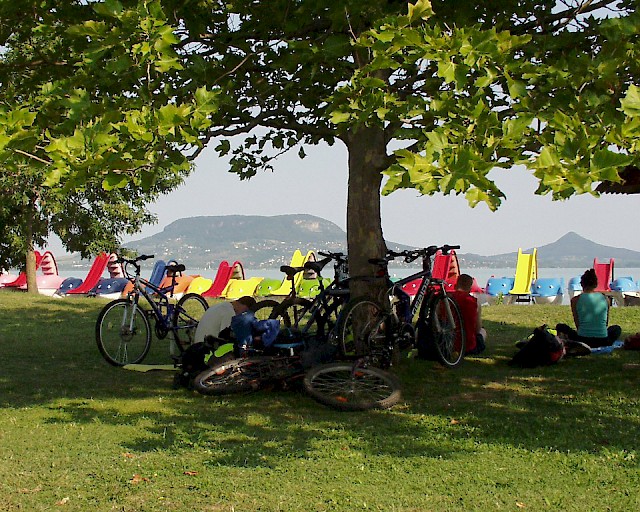 Fonyód early: Bicycles all around!

It was interesting to see life start, people just came and came, and to the afternoon the shore was literally full, the paddle boats just sitting there the morning were all in the water by then. That was a very hot day, we only started the afternoon's part past five o'clock to reach Balatonföldvár to the dusk. My sister booked the camps for the trip then she definitely regretted that. The village's camp was at least a hundred meters above the water level!

The next day we finished the trip only two completing the circle (that is my sister and me), the rest of the party started later just to Siófok. Going through definitely did worth for the view though!

It is also true that for a nice view one has to go way up, but at least that was interesting after the dull trip on the flat south shore. My sister did it well (yes, go through it no matter if she will sleep the next week through!). her bike almost got to fall apart, but all fine we finally reached where we started, Balatonfüzfö! So the circle ends after four days and two hundred kilometres. 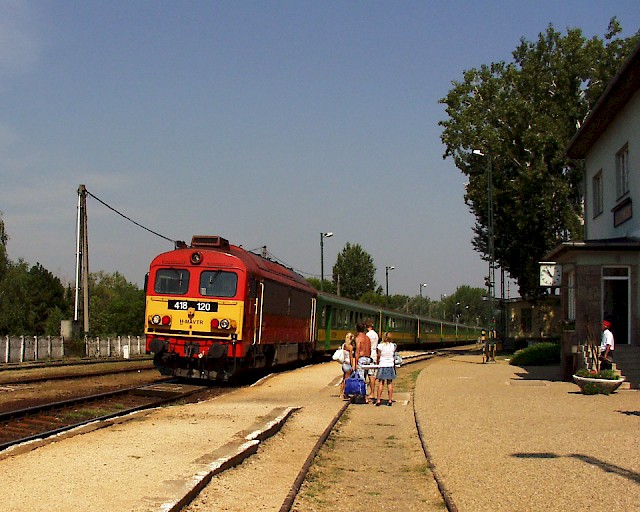 Thanks! Of course, why not? I still keep an eye on all my mail boxes I am aware of! (The contact form in the "About" section sends a mail to me as well)

Nice photos ...Could we talk sometimes?