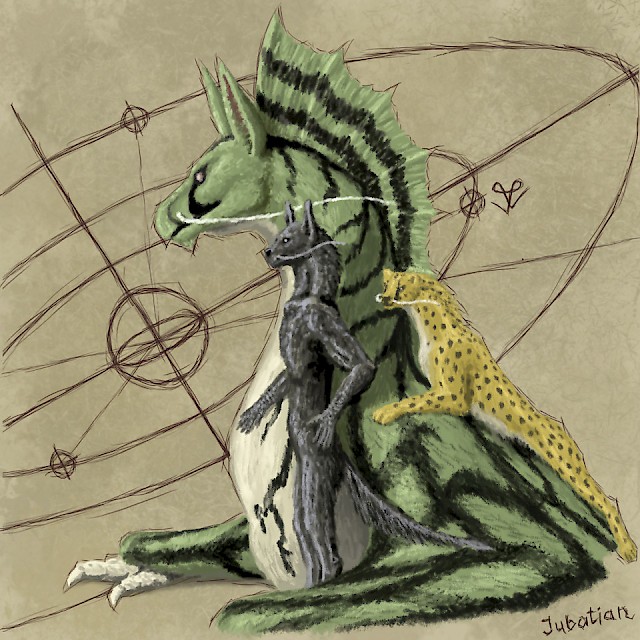 The three Tani races together, along with a sketch of their homeworld, a moon orbiting around a gas-giant, similar to Europa of Jupiter.

The big green beast is the Tani Akri, a furry-feathered wyvern, following this reference sheet, and this older now somewhat outdated image. The other two are the nir (cheetah) and the xi (wolf), following the design of those on this older image. They together are the sentient beings of their world capable to form their unique genetics based civilization.

Those wyverns aren't exactly friendly in general, but a few of them are, as also shown on this image. They are rather feral, but have their own rules and even interests, balancing with the other two races, which in the long run drives their evolution forth.