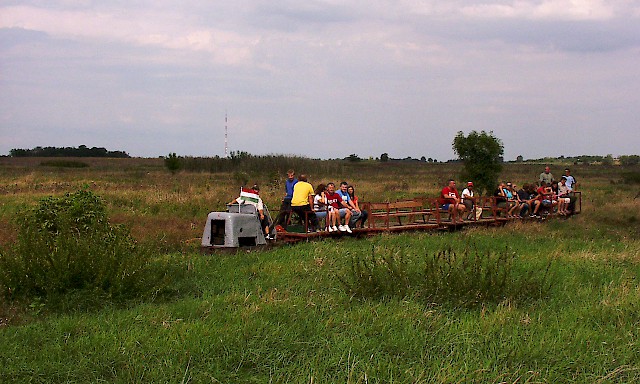 Passenger service on 20th August, 2014, on the industrial tracks of Szegvár. Usually two such little engines would be in service with three carriages each, however this year one of those malfunctioned. To serve the demands so the other had to pull five - and they were usually full except for this round.