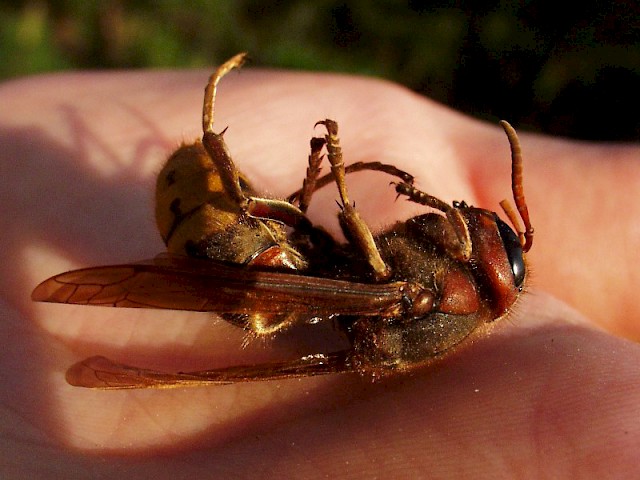 The corpse of a dead European Hornet. By the time I found it's internals were partly eaten by ants, but the body itself was surprisingly intact. It is believed that the sting of these wasps can kill an adult, well, I never tried, probably it is just something like the fear of some species of spiders. They are certainly large, but I never experienced them being aggressive, they seem to not much care just like bees. The more common wasps are a lot more pesky: while these large beasts would respect you, one of those pests could even land on your leg while you are running and sting - yes, that once happened to me on a stair! Anyway, I rather like these, their colouring and mane is just sort of majestic, they are certainly nice animals!