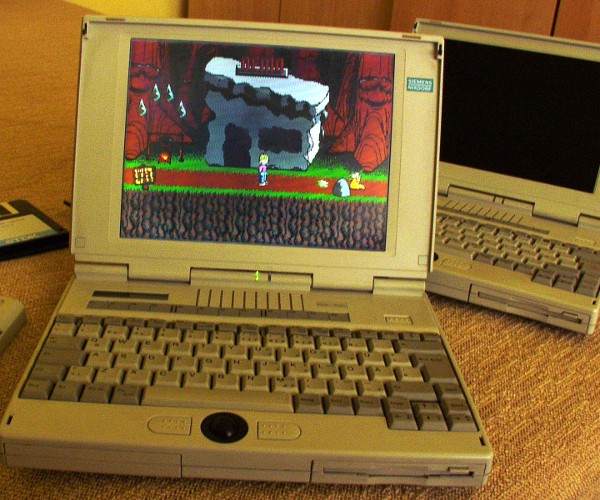 Siemens Nixdorf PCD-4ND running Commander Keen 4. Both of the machines pictured are functional in the time of writing, although I only have one floppy unit which actually works. It was enough to bootstrap them to start transferring stuff using an RS-232 cable.

Interestingly I got both of the machines with one or another version of Linux (Red Hat) installed even though they came from different sources. These were of no use as the hard drives of both already lost several sectors of data. Usually formatting the drives a few times work this case, but for one I rather picked up a CF card converter to get an absolutely silent machine (One of the drives were already in just too bad shape with several permanent bad sectors anyways).