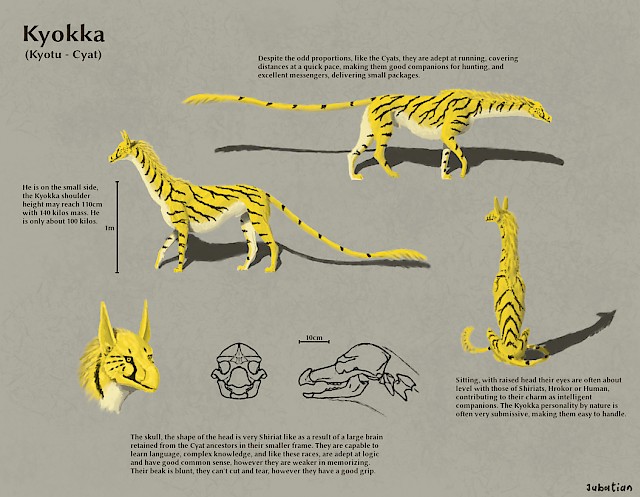 Reference sheet for the Kyokka specie, continuing on this one.

The Kyokka and the Cyat looks quite similar apart from the size, however the Kyokka skull is more domed as they have a relatively bigger brain compared to their size (but still smaller than a Cyat's brain). The head is very similar rather to that of a Shiriat.

Finally also a view of his back, how the stipes look like from the top on these creatures.